{This essay was published in Huffington Post Weddings on October 17, 2011}

I was in college the night I met him. And even after all these years, the thing I remember most is the unexpected, very physical shiver that immediately ran up my spine when he looked at me. He’s It, that shiver said.

Our odds were good: I was 20, he was 23, and we added up to the perfect couple. Except that after three years, as I was busy trying to drop the subtle hint that my ring size was 6 1/2, he was busy cheating on me. I found out, we broke up, and let’s just say the next six months weren’t pretty.

I’m still not sure what got to me the most: the rejection or the fact that I had truly believed, in my gut, that my boyfriend was The One. So if that first shiver, followed by a fabulous three-year relationship, wasn’t the telltale sign, how does anyone ever know who’s right for them in the long run?

Apparently, I’m not the only person who has struggled with this question. It came up again last summer, at my client, Amy’s, wedding. I was seated at the “singles table,” since brides often like to treat their unattached friends to my dating advice.

The woman next to me leaned over and whispered, “When Amy met Kurt, she told me she just knew it was right. When will I ever feel that way?”

I knew the answer she wanted to hear. By now I’ve coached thousands of singles on how to find love and watched hundreds of clients and friends trot down the aisle. But what I wanted to tell her was, “Maybe never.”

It wasn’t that I didn’t believe this woman would ever find the right guy. It was more that I feared she might never know he was the right guy. An hour earlier, sitting in the church, it struck me that what I was really witnessing was a crapshoot. Here was this couple at the altar, pledging their lives to each other.

And as happy as I was for them, I knew the truth: When you get married, all you can really do is roll the dice and hope for the best.

But everywhere I go, I meet smug married couples who love to relate the moment they “just knew” they’d found their life partners. As far as I’m concerned, it’s revisionist history; if the marriage in question has worked out so far, they say they acted on their rock solid gut. But if it ended in divorce, they confess to earlier doubts.

To be frank, I don’t believe anyone can really know this kind of information for sure — and I speak not just from my college relationship, or from all my years as a dating coach, but from reflecting back on my own 1992 wedding.

My jitters were epic, the kind that had my friends speculating on how long my marriage would last and the caterer reminding my mother that the deposit was strictly non-refundable.

An hour before my ceremony, I nearly collapsed. As the photographer snapped pictures, my smile was strained; I was terrified. My fiancé, Brad, and I had dated for two years and been engaged for one. We knew each other well. But did we know what the future would hold for us? Of course not.

“So let me get this straight,” my brain was saying. “I’m supposed to decide today to be with one person for the rest of my life because, up until now, things have been great? Because, so far, I still love him?” This made no sense. I was tormented by what everyone had told me for years about marriage in general, and my fiancé in particular — the old “you’ll just know” or “trust your gut.”

Well, this time, I didn’t know, and my gut had a bad stomachache.

So, naturally, I took the path of any good drama queen: I dropped my bouquet, slumped into a nearby chair and burst into tears.

Brad rushed over and shooed away the photographer. While he was aware that I’d had many doubts during the past year, he had none. My own hesitations, on the other hand, were quite serious; I’d even harbored a crush on another man during my engagement year. I’d confessed everything to Brad — I did love him, after all, and wanted our relationship to be honest.

But we were so different — opposites in too many ways. (More than one friend had observed that we were a lot like that Green Acres couple from the ’70s: I was “Gimme Park Avenue” and he was “Farm Livin’ Is the Life for Me.”) How could it work, I wondered, when reality would inevitably come knocking? We loved each other — a lot, as it turned out. But what sane person could believe that love alone would pass the test of time, particularly when 50 percent of today’s marriages end in divorce?

So there I was: big white dress, mascara running. “How can I say ‘forever’?” I sobbed. “It’s too long to commit to!” Brad took my hand. “How about this,” he said gently, not even remotely offended. “Can you commit to being with me for one year?”

“Then let’s take it one year at a time. Publicly, we’ll say our vows, ‘until death do us part.’ But privately, we’ll have our own little arrangement. Each year on our anniversary, I’ll ask you if you want to renew. We’ll do this a year at a time. Can you do that?” Overwhelmed by the generosity of his answer, I said that I could. And I did.

These days, my job is to help single men and women find the right mate — and it’s never simple. No one is perfect. Everyone has baggage. And when they’re in that last stage of dating, trying to decide whether or not to make it permanent, my clients usually ask for my opinion. Do I think they should marry this one? Sometimes I say yes, sometimes no. But the truth is, I have no idea.

Making that decision is like skydiving: It’s a crazy thing to do if you think about it logically, but you pray that the ride down will be exhilarating and that you’ll land on your feet. And in my experience, people take that leap of faith with naïve confidence.

Of course, some factors do seem to improve the odds — especially age. I see fewer unhappy couples among those who get married later in life, specifically after 35. This is largely because they’re making the decision to marry with more life experience under their belts. They’re also committing to a fully formed person.

Next comes personality. I’ve observed that opposites who complement each other often do very well. If you marry someone who’s too similar — especially emotionally — you may wind up bored or in conflict.

Finally, try not to be judgmental right out of the gate. I often find that my clients have checklists founded on external, and not internal, traits. Why eliminate a potentially terrific guy because he’s a few inches shorter than you’d ideally prefer? As a general rule, rigidity never pays.

But — and wouldn’t love be easier if this weren’t the case? — it’s different for everyone. Back at that singles’ table I was immersed, as usual, in conversation about dating and marriage.

Everyone wanted to be a Knower. I lost track of the times I heard the words “The One,” “Soul Mate,” and “Mr. Right.” I realized that the vocabulary these women used assumed that there was one right answer, and that the answer would be obvious when it arrived. I wanted to tell them — but didn’t — that it’s OK if they don’t “just know,” or if “Mr. Right” is “Mr. Probably.”

Sometimes a marriage can be stronger if you have reservations. If your bond seems a little fragile, you take better care to preserve it.

The irony is not lost on me that my greatest fear — committing to someone forever — became the focus of my profession.

But I like to think I was meant to spread the word that it’s OK to have doubts — even profound doubts — before saying “I do.” And, as my own 20th wedding anniversary approaches, I know Brad’s question will come once again.

Which brings me to the lovely part of this story: So far, things have worked out beautifully. Don’t ask me how. He’s really flexible; I’m really not. I’m perceptive. Him? Not so much. But in a few months, when he asks me if I want to renew my vows for another year, I just know what my answer will be.

Rachel Greenwald is the NY Times bestselling author of Have Him at Hello and Find a Husband After 35: Using What I Learned at Harvard Business School. She is also a successful Matchmaker and Dating Concierge. She lives in Denver, Colo. with her husband Brad and their three children. In 2018, they happily celebrated their 26th anniversary! 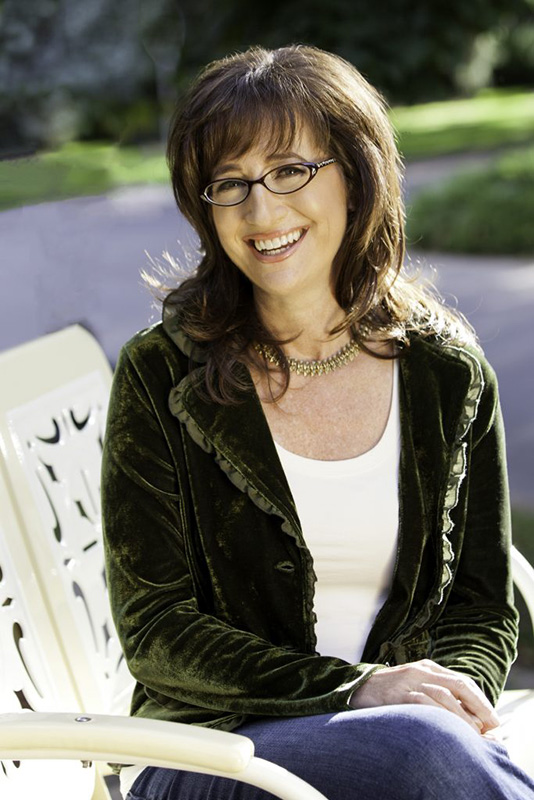